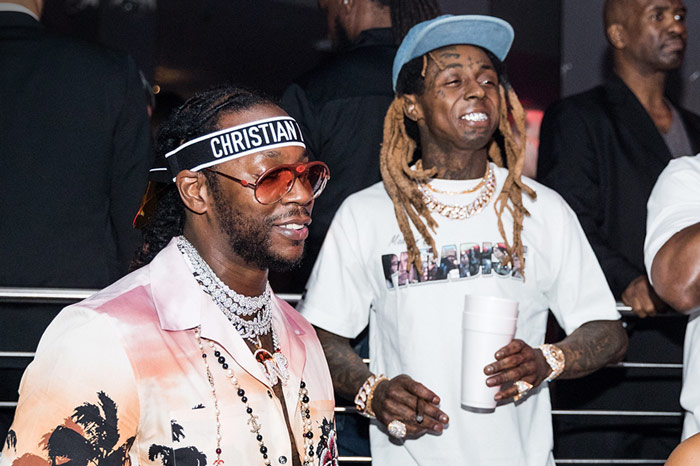 2 Chainz confirmed that a sequel to his 2016 collaborative album with Lil Wayne will arrive this year. During an Instagram Live stream with fans on Thursday, the Atlanta rapper made the big announcement.

“I’m also dropping ColleGrove 2 this year,” he told his followers. Young Money president Mack Maine retweeted the video and captioned it with the eyes emoji.

A sequel to ColleGrove has been teased for years. Back in April 2016, Tity Boi said “there’s plenty” more music on the way, while Lil Wayne said it was “already done.” In 2018, 2 Chainz once again hinted at a second installment. “ME AND MY BROTHA GOTTA ANOTHER 1 ON THE WAY,” he wrote.

ColleGrove debuted at No. 4 on the Billboard 200 upon its release in March 2016. It was originally billed as a collaborative project between 2 Chainz and Wayne, but 2 Chainz was credited as the primary artist due to Weezy’s label issues at the time.

Meanwhile, 2 Chainz says he has more “secret surprises” in store for fans this year. Last month, he released his DJ Spinz-produced single “NO TV” as well as No Face No Case, the debut compilation from his T.R.U. collective.