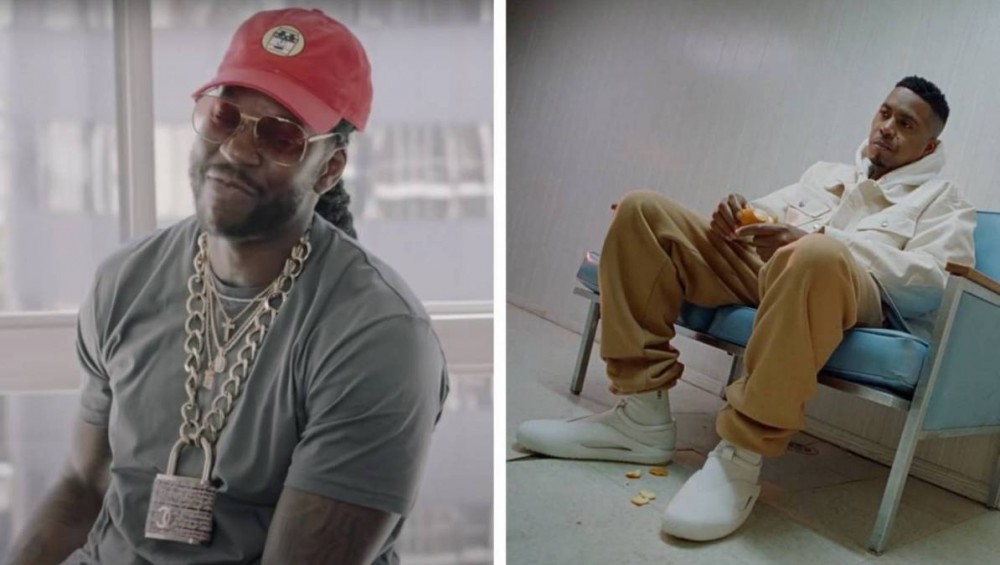 Grammy Award-winning rap legend Nas was recently one of the many recognizable faces for designer Heron Preston’s Spring/Summer 2021 Calvin Klein collection, which was released on Friday (April 23).

However, his fellow lyricist 2 Chainz couldn’t help but notice how relatively simple God’s Son’s participation was when he shared his Calvin Klein model spot on Instagram — and was sure to let the world know his observations.

In the 20-second ad, a comfortably dressed Nas simply walks over to the refrigerator, pulls out an orange, sits down while dropping the peels on the ground (slyly displaying the sneakers Lil Uzi Vert has been teasing for months) and indulges.

“Nigga ate an orange and gotta check,” 2 Chainz laughed in Nas’ Instagram comments, complete with an array of flame emojis.

Although there are no reports available on how much the scurvy-killing look boosted Nas’ pockets, his recent capital gain should allow for a life full of carefree commercials down the line. On April 14, Coinbase, the first cryptocurrency company to go public on the stock market, set Nas up for a reported $100 million cash-out thanks to his 2013 investment.

A post shared by Marni Life( NO STYLIST)1600 (@liluzivert)