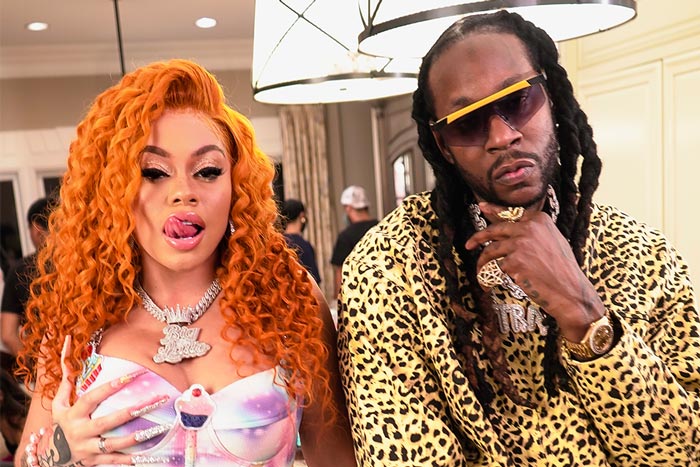 As he gears up for his new album, the Atlanta rapper unleashes his new single “Quarantine Thick” featuring Mulatto. Produced by Yung Lan, the twerk-ready slapper finds 2 Chainz paying homage to the voluptuous ladies who have been getting thick in quarantine.

“She said all the gym closed so she been feelin’ lazy / She been late night snackin’ / But shawty still my baby,” he raps, while Big Latto talks that talk: “Got your favorite rapper in my DM tryna taste me / But I got my own bands so sh*t like that don’t phase me.”

In the vibrant video, directed by Bryan Barber, Tity Boi throws a quarantine sleepover with nothing but thick girls, who twerk from the kitchen to the bedroom. At the end, 2 Chainz rides off in his $120,000 Sherp Pro ATV that Kanye West gifted him for his birthday.

His long-awaited album So Help Me God was set to drop in September, but has been delayed due to a sample clearance issue. Prior to “Quarantine Thick,” 2 Chainz teamed up with Lil Wayne on the album’s lead single, “Money Maker.”

Earlier this week, 2 Chainz met President Obama for the first time while campaigning for Joe Biden and Kamala Harris in Atlanta.

Appreciate @BarackObama coming to ATL to show our city and @RaphaelWarnock love and encourage young folks to vote. We all gotta get out tomorrow. Get your people to vote‼️ pic.twitter.com/Swp4oIvXeA